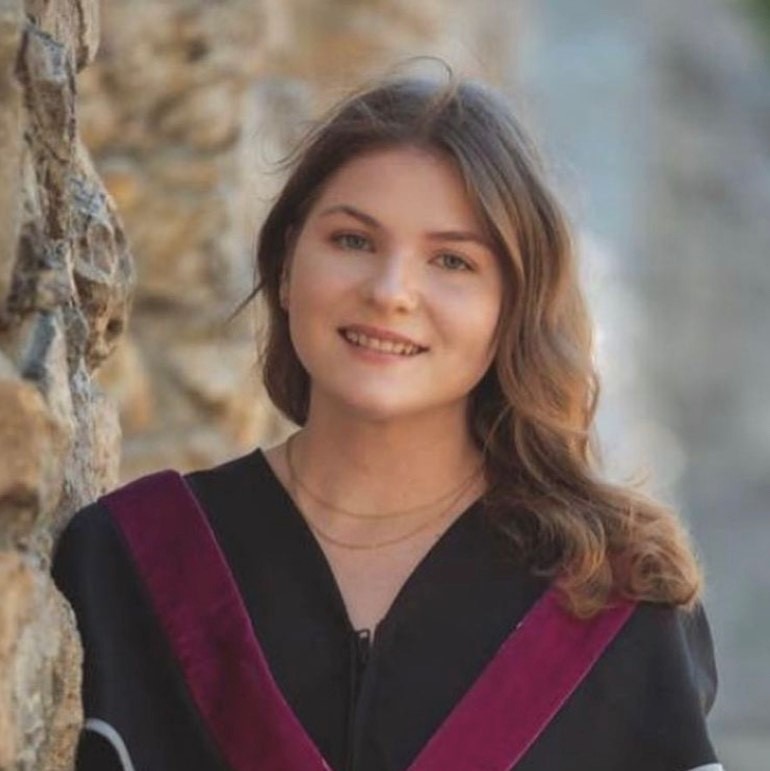 Gillian Reidy is a University of Ottawa BSW graduate of 2021. She worked at a respite shelter in downtown Toronto from April 2021 to January 2022. Gillian is a volunteer with the Fix the 6ix Humanize Homelessness street outreach program.

FT6: Tell me about your job and what you do?

Gill: I’m a social worker overall, I worked at a Respite Shelter in Downtown Toronto in employment programming. Essentially my job was to work with people who had experienced mental health challenges or homelessness and who were now working to find their way back into employment.

FT6: What was your day to day like at that job?

Gill: I had around 50 clients coming in and out depending on where we were in the program. I was operating an 8 week program funded by the City of Toronto where I would instruct 4 weeks of in-class modules. I researched and developed these modules depending on the clients in the class, topics included things like coping with depression and anxiety as it relates to employment. The second 4 weeks we would be finding the clients volunteer work placements in their sector to try and build up their resume. We would walk through those 8 weeks together and then switch to another cohort and do it again.

FT6: How did you get into this line of work?

Gill: I went to university for Social Work over in Ottawa, I kind of always knew I wanted to be a social worker. I got into this position at the Respite Shelter in Downtown Toronto specifically because I wanted to find a job that was more grassroots, and that specific shelter was helping people who were straight out of rough sleeping, as opposed to some of the higher level social work where people are more integrated. I prefer [the grassroots] side of things.

FT6: What made you want to choose social work in grade 11?

Gill: I think I went into social work because I wanted to spend everyday in a job where I was connecting with people and working with people on an individual level to help them move towards their goals. I think social workers are in a very privileged position where very often you have the key or the resources to hand to people and I wanted to be in that position.

FT6: What about working with the homeless population resonates with you?

Gill: I think that the homeless population are a group of people that are always seen as a lump. You know, people talk about the “Toronto Homeless” etcetera as if they are kind of one organism moving together, and when you work in homelessness and you have the opportunity to have a job where you can sit down with people on an individual level you have the opportunity to hear about their whole life. And oftentimes they are very open people, they are people who have lived a lot of different lives and who have seen a lot of different things so I feel like it is a community that – it sounds cheesy – but they do teach you a lot of different things. They teach you a lot about life and I think it’s a good group of people.

FT6: What do you think is the biggest misconception about people experiencing homelessness?

Gill: That they are all the same, or that they all ended up in homelessness because of mistakes that they made, you know? That sort of thing. Most of the time it was circumstances piling up against them, a lot of them out of their control. It might be newcomers, or someone had to step out of their home because of violence – whatever it was – and then they ended up with us, which is not the traditional narrative [most people think of].

FT6: And what are examples of things that you have seen that challenge that misconception?

Gill: The program that I was operating was for people who were motivated to go back into employment, so everyone there, this competitive program where we were actually turning people away, all these people were coming because they wanted to improve their life.

FT6: Can you tell me an example of a specific moment that made you feel grateful for being at your job?

Gill: I had one client who was a newcomer who I was working with for a few months and she was in and out of homelessness because of some violence issues. She said that she felt like she was being bumped around so much and she liked coming to our program because we were able to provide some stability for her. I find that it is such a position of privilege to be in, to be allowed to be the person who is the face of the only stability in someone’s life sometimes.

FT6: What was it like working through the encampments last summer?

Gill: That was a really big one for the company that I worked for because we had a couple encampments on the property and I found that the city of Toronto had set out this list of rules that everyone was supposed to follow and in encampments it was next to impossible. So things like masking and social distancing and whatever it was. We found there were a lot of people in the communities who would avoid walking near the encampments and that sort of thing or have push back politically towards the encampments because they couldn’t follow the social distancing rules or weren’t following the rules. If people were to read the rules and then come work for a day in an encampment they would quickly realize how unrealistic they were. I wish some more people were there to really see how unrealistic it was because I think there was a lot of judgment at the time.

FT6: What are the things you wish people knew about the encampments?

Gill: The violent parts of things were what got on the news but from my experience of having one next door most people were completely fine, I had very little trouble with anyone. The vast majority of people were calm, never gave the social workers any trouble, never said anything negative. It was just random individuals who would come in and out and make a problem and that’s who got the attention but most people were not like that at all.

FT6: Is there anything else that you wish people knew about working as a social worker in the shelter system?

Gill: It’s not as scary as I think a lot of people make it out to be. Most people that you encounter in the shelter system are good people, most of the time they’re not scary. Whenever I tell people my job their reaction it’s like “Oh my gosh, are you not scared to go to work?” No. That’s the answer.